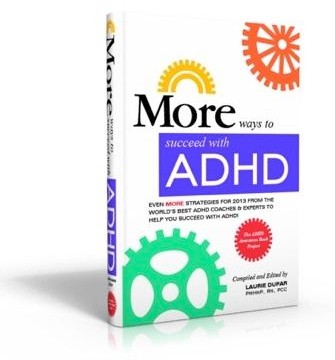 Why can’t you just sit still?  Sit there and get your homework done!  I don’t want you to get out of that chair until all of your work is finished.  If you don’t sit still there will be no television after dinner!  How often do you hear yourself saying these exact words knowing that it never seems to change and your child can’t explain why he or she just can’t seem to focus and sit still.  One of our favorite aspects of ADHD is the ability to do more than one thing at the same time.  However, this is often misunderstood and when this extreme multi-tasking is not channeled correctly, it can be extremely distracting.  Think about it, when your child fidgets while he is doing something else, it is because that is what his brain is hard wired to do.  Your child can’t control most of the constant fidgeting and likely doesn’t even realize he or she is fidgeting.

Think of fidgeting as excess mental and/or physical energy that needs to go somewhere.  The key is to figure out appropriate ways to express the energy or ways to release the energy before an activity that requires sitting.  Fidgeting for children with ADHD when done purposefully actually allows the ADHD brain to focus by using the fidgeting to block out other distractions.

A fifth grade client named John was referred to us because he was having a hard time getting his work done at school and at home because of his need to move. When we spoke to John and his teacher we learned that John would play with anything on his desk and would tap his pencil constantly.  When we saw John in our office he tried sitting on a balance disc on his chair and he said it helped him sit still.  We suggested that the teacher speak to the occupational therapist to see if she could get some balance discs in her classroom for children to sit on.  Balance discs can provide sensory feedback and can help curb some motor restlessness. John started sitting on one in school during periods of time where he would be sitting for an extended amount of time and it made a difference. We also recommended that Velcro be placed under John’s desk so he could put his fingers on it rather than tap his pencil.  John really liked this because it gave him something to do and he wasn’t distracting anyone else.  His fidgeting became more mindful and was therefore less distracting to him as he completed his classwork.  At home John would sit on the balance disc while doing homework and would listen to music.  The balance disc required physical energy to stay upright and the music helped John’s mental energy by blocking out other auditory distractions.  Sit Still! can now have a new meaning as your child becomes more aware of the sources of distraction and learns strategies to compensate.

Posted On March 11, 2015
Many times when parents come to our office for their initial consultation, they have just attended a school meeting or the summary session of their…

The Power of Self Awareness and Strategy Development

Posted On November 11, 2020
Matt was a sophomore in high school and came to Navigating ADHD a month into going remote due to Covid.  Matt had always struggled with…

The Flip Side Traits

Posted On January 11, 2011
One of our philosophies at Navigating ADHD is to always look at the “flip side” traits of ADHD.  I was reminded of this on Saturday…